This week I made a duck liver pâté and served it with sour cherries.  Both the livers and the cherries came from Greens, Eggs, and Ham.

The recipe was adapted from that for pâté grand mère in Michael Ruhlman’s Charcuterie. Duck livers can generally stand in for chicken livers.

1: Season the pork and liver (separately), with salt, pepper, bay, and thyme. Leave the mixtures overnight in the fridge. 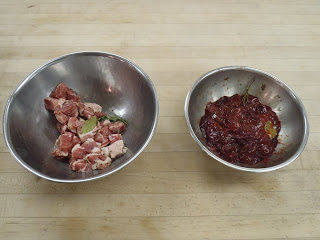 2: The next day, chill the meat grinder and mixer parts. Ice water is particularly effective. You can also preheat your oven to 300°F. 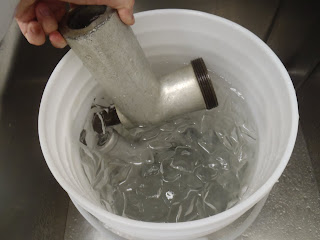 3: After removing the bay leaf and thyme, sear the livers quickly over high heat. This is done strictly to enhance flavour and colour. Remove the livers from the pan and add minced shallots. Sauté briefly, then deglaze the pan with brandy to capture the sweet, sweet fond. Add the shallots and brandy to the livers and chill the mixture thoroughly. 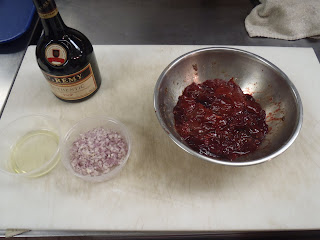 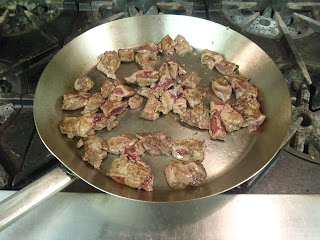 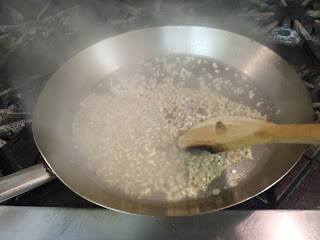 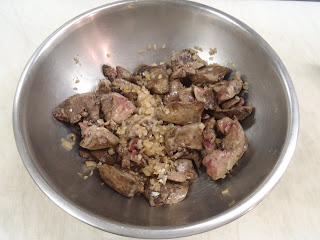 4: Searing the livers reduces the meats’ willingness to bind and form a cohesive pâté. To help the liver and pork bind properly, a “panada” is added. This is exactly equivalent to the egg and bread crumbs our moms add to meatloaf or hamburgers. This panada is made of milk, cream, egg, and crustless white bread. Simply mix all the ingredients together with a fork. 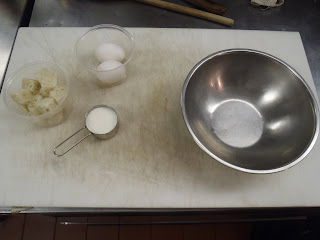 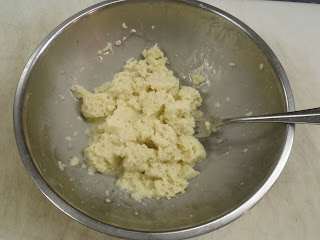 5: Once the liver mixture is thoroughly chilled, combine the pork (bay and thyme removed), liver mixture, panada, and parsley, then pass through the meat grinder with a coarse plate. The plastic wrap in the picture below is draped over the grinder plate to prevent splatter (the livers are still bloody inside). 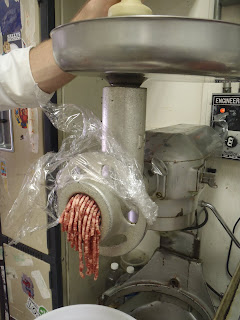 6: Mix the pâté. This develops a protein called myosin that gives the pâté a firm texture. Mix until the pâté develops a slightly sticky feel. 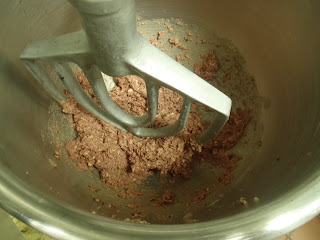 7: Quenelle test. Fry a small sample of the pâté to make sure it’s properly seasoned. Since the pâté will be served at room temperature, the seasoning of the fried meat should be aggressive, but not overpowering (seasoning is easier to detect in hot food…) 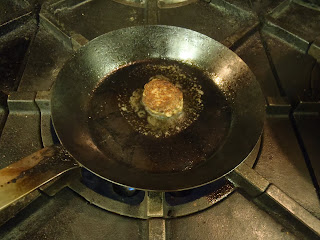 8: Shape and bake. A pâté like this would traditionally be packed into a terrine lined with plastic wrap, like the one below: 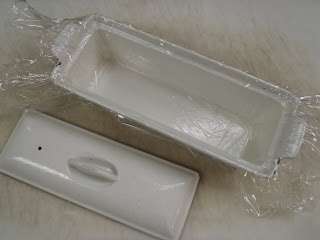 At the last minute I decided to bake my pâté in individual ramekins. Regardless of your cooking vessel, pack the meat tightly so that there are no air bubbles. Cracks and pocks mar the presentation, especially in smaller molds.

Place your ceramic vessel in a high-sided roasting tray. Fill the tray with hot water, up to the the level of the meat. I covered my pâté with plastic wrap with the idea of inhibiting browning and moisture loss, though I’m not sure it did anything. 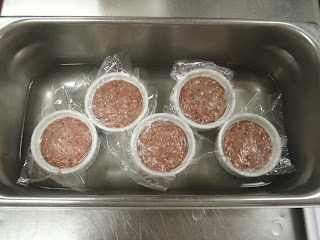 Cook in a low oven. For standard terrines, 300°F is ideal. Since my pâtés were so small, I lowered my oven to 250°F so that they would cook gently, and slowly enough that I could monitor them and pull them out at just the right time.

The internal finishing temperature should be about 150°F. With a standard terrine this is easily measured by a digital thermometer. Unfortunately a thermometer would not work with these small pâtés. Most digital thermometers detect heat more or less along the whole length of their probe (or atleast the first couple inches). My pâtés, being only an inch deep, would not offer reliable measurements. I judged the doneness the old fashioned way: gently poking the surface of the pâté to test the firmness of the meat. Also, the pâté will be just, just starting to pull away from the sides of the ramekin once the meat is cooked.

9: Serving. I popped the duck liver pâtés out of their ramekins and seared them in a hot pan. This is emphatically not traditional, but the liver takes well to the browning flavour, and the crust is a good contrast to the creamy interior. Plus the sear reminds me of Mom’s meatloaf.

The sauce was just sour cherries and simple syrup. Serve with toast. 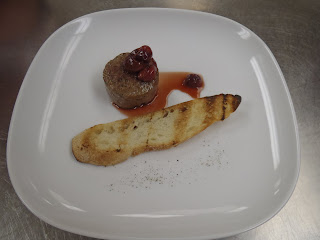