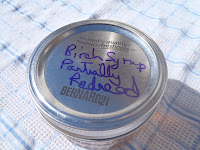 I just had my mind blown.  While Lisa and I were collecting sap from our maple trees, Judy was doing the same from a birch tree in her backyard in Spruce Grove.  She just brought over some of her birch syrup.  I had a spoonful.  I’m reeling.

I mentioned that our maple syrup has a distinct fruitiness that I’ve never come across in commercial syrup.  Judy’s birch syrup tastes like fruit juice – like pear juice, I would say – and it finishes with some of the green, nutty flavour of the fresh sap.

The birch syrup is very thin, nowhere near as thick and sticky as store-bought syrup.  The flavour is remarkable.  I don’t know exactly how I’ll use it in my kitchen.  I might just have a spoonful for breakfast every morning, until its gone. 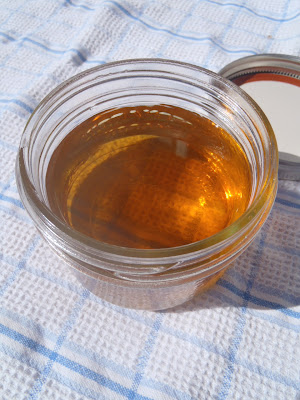