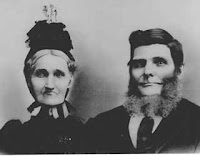 St. Patrick’s Day, now one of the kitschier holidays we celebrate, has been completely divorced from its origin.  March 17 is actually the Catholic feast day for St. Patrick, the patron saint of Ireland.  The details of St. Patrick’s life are often debated, but for my purposes the popular traditions and stories are more important than the historical facts.  It’s the legend of St. Patrick that has informed the beliefs and practices of Catholics for more than a thousand years, so in a sense the legend is truer than whatever the truth is.[1]

Patrick was probably born in Scotland, but at a young age he was captured by pirates and sold into slavery to an Irish chieftain. He escaped, became a priest, and later returned to Ireland as a bishop.  He is commonly said to have converted the Irish to Christianity.  Though he no doubt won many converts, it is more likely that he was sent to maintain an existing Christian community.

Patrick explained the holy trinity to his followers using the three leaves of the shamrock, which also happened to be a sacred plant to the Druids.  This is an example of Christianity adapting by blending with pagan culture (something we will discuss a lot more when we get to Easter…)

Patrick is also said to have banished all snakes from Ireland after they disturbed him during fasting and prayer. There is an old wives’ tale that a snake will never slither over a trefoil (ie clover).  I’m not sure whether this belief predates St. Patrick, and the snakes left Ireland because of the bounteous clover, or if they now avoid clover because it reminds them of St. Patrick.  I’ve heard the story told both ways.

March 17 is the anniversary of Patrick’s death.

What is interesting about St. Patrick’s Day, given my focus on feasting and fasting, is that it is often excused from the rigors of Lent. In all of Ireland and in most diocese in North America, St. Patrick’s Day is formally exempt from Lent, and Catholics can indulge in meat and alcohol and dancing and all the other revelry normally forbidden at that time of year.

In my house we have St. Patrick’s Day dinners that are North American-style observances of the holiday: a celebration of Irish heritage, generally, and not a commemoration of the saint.  That being said, there are no cartoon leprechauns, no buckled top hats, and no green beer.  Instead, I prepare my own version of traditional Irish dishes, and serve them up with lots of alcohol, Celtic music, and some readings from Irish writers.

Some dishes I’ve made for past St. Patrick’s Days:

Music-wise, I play The Chieftains, my favourite traditional Irish group.  Over the years they’ve done dozens of albums, collaborating with artists like the Stones and Elvis Costello, but for St. Patrick’s Day I stick to their original numbered series of albums..

As for Irish writers, my favourites are Yeats and Joyce.  They’re both pretty bleak (Yeats is a straight-up doomsday prophet), but there are still plenty of tracts from their work befitting a celebration.  Here are my two favourite excerpts from Joyce’s A Portrait of the Artist as a Young Man.

Now, at the name of the fabulous artificer, he seemed to hear the noise of dim waves and to see a winged form flying above the waves and slowly climbing the air.  What did it mean?  Was it a quaint device opening a page of some medieval book of prophecies and symbols, a hawklike man flying sunward above the sea, a prophecy of the end he had been born to serve and had been following through the mists of childhood and boyhood, a symbol of the artist forging anew in his workshop out of the sluggish matter of the earth a new soaring impalpable imperishable being?

Welcome, O life! I go to encounter for the millionth time the reality of experience and to forge in the smithy of my soul the uncreated conscience of my race. 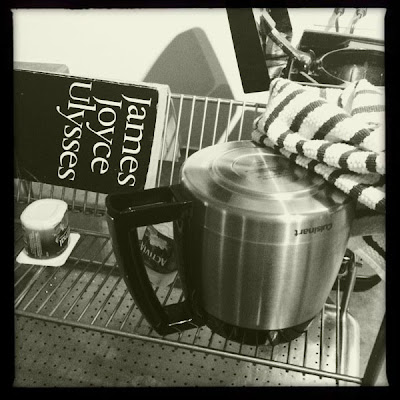 1. I was quite proud of that statement when I first published this post in 2012.  In the light of the current political climate in the US, it sounds a lot I’m condoning the use of “alternative facts.”  March 15, 2017.