This time last year I started thinking about preparations that take advantage of the frigid outdoor temperatures.  I made candy in the fresh snow and tried the “apple jack” method of concentrating alcohol by freezing.  I’ve just tried another sub-zero preparation, gleaned from the pages of The Fat Duck Cook Book.  It’s a fascinating technique called gelatin-clarification of stock.

In culinary school one of the cool-but-antiquated dishes you learn to make is consommé.  Consommé is flavourful stock that is strikingly, brilliantly clear.

The classical method for clarifying stock uses something called clear meat.  Clear meat contains albumen-rich ingredients like egg whites and certain cuts of meat like shank.  When albumen coagulates, it forms a delicate network that traps the tiny particles that cloud stock.  Unfortunately, in doing this it also removes a lot of the flavour of the stock, so we need to add taste-fortifying ingredients to the clear meat.  The shank-meat will accomplish this to a certain extent, but we also add vegetables.

Once the clear meat is assembled it is added to the cold stock.  The pot is placed over low heat, gently stirred and very gradually brought to a simmer.  As the stock heats up, the eggs and meat start to cook, and the albumen network moves through the stock collecting impurities.  Once the eggs and meat are completely cooked, they form a thick mat on the surface of the stock, called the raft.  To release the pressure created by the simmering stock below, the raft should have a hole poked into it.  The stock-and-raft is simmered gently for about an hour, to extract the flavour of the meat and vegetables.

Heston Blumenthal’s technique for clarifying stock is completely different and absolutely foolproof, though it takes a while longer than the classical method.

Here’s the theory behind the ice clarification of stock.  A properly made stock will be rich in gelatin.  When chilled, gelatin forms a network similar to that of the coagulated albumen in cooked meat and eggs.

For a stock with a typical gelatin concentration, the network forms at any temperature below roughly 10°C.  If the stock is heated above this, the network melts.

Imagine freezing a stock to -18°C.  The gelatin sets up its network, and the water freezes.  Now imagine putting that frozen stock in a 4°C fridge.  The water content will melt, but the gelatin network will stay in tact.  As the water melts it will run through the gelatin network, which acts like a filter and catches the particles that cloud the stock.  Once all the water has melted you are left with a cloudy clump of gelatin, and a pool of crystal-clear stock.

To really test the clarifying-power of this technique, I made the an extra-cloudy pheasant stock by cooking bones and mirepoix at a rolling boil instead of a simmer.  Then I put the stock in a stainless steel bowl, covered it with plastic wrap, and set it outside overnight.  It froze into a solid hemisphere. 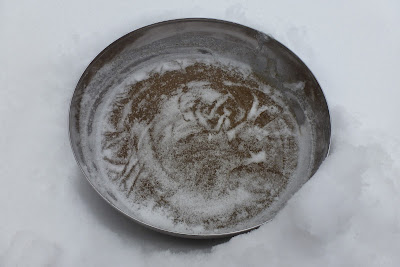 To remove the ice, I inverted the bowl and heated the underside with a blowtorch.  Once the curved surface of the hemisphere had melted slightly, the ice slid out of the bowl.  I rested that ice in a colander lined with a clean dish towel, then set the whole contraption in a large glass bowl in the fridge. 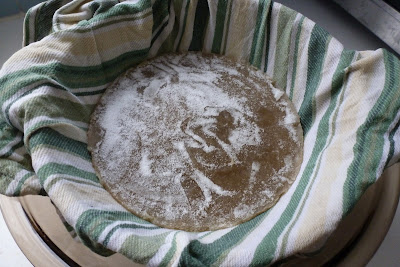 It takes quite a while for ice to melt in the fridge.  Mine took about two days.  Freezing the stock in a large, thin sheet would accelerate melting.

The results are surreal.  This is far and away the most dazzling stock I’ve ever seen.  In the photo below you can see how murky the original stock was. 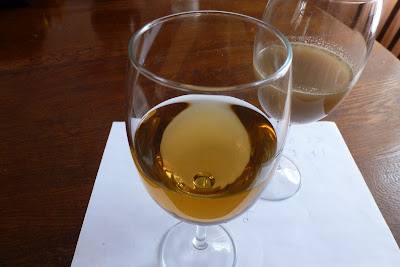 There are two problems with this method, both stemming from the fact that you have removed all the gelatin from the stock.  First, the consommé has a very watery mouthfeel.  To restore the rich texture the diner expects from clarified stock, Blumenthal typically back-adds pure gelatin, which is a bit ridiculous to me.

Second, the process has a very low yield.  The classical method also results in waste, but not to this extent.  I think that my yield was particularly low because of the muddiness of my original stock.  I started with 545 g of pheasant stock, and ended with 305 g of crystal consommé, a yield of only 56%.

Obviously this is not a process I will do very often.  Like, possibly never again.  If you take the time to make a stock properly, it will be clear enough to serve as a soup to all but the most pretentious guests.