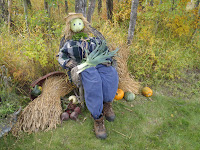 This past Saturday was the last harvest day at Tipi Creek CSA. All the remaining vegetables were picked and divided amongst the shareholders.

As one of our farmers put it, this was a mushroom year, and a cold crop year: we got lots of moisture, but very little heat. Hence the plentiful, but mostly green, squash. The last few weeks of overcast drizzle stalled two of the corn varieties, and the fall spinach. Other crops, notably cabbage and broccoli, flourished in the cold. Risk is mitigated by crop diversity.

Here are some photos and notes from the harvest day.
Potatoes

With the potato foliage long killed off, a potato digger is dragged over the rows. The digger lifts masses of earth and potato, then sifts the dirt out and drops the potatoes on top for easy picking. 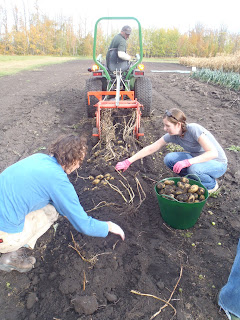 Note how black the earth is (we now have several pounds of this dirt in our kitchen, under our fingernails, and in our shoes…) 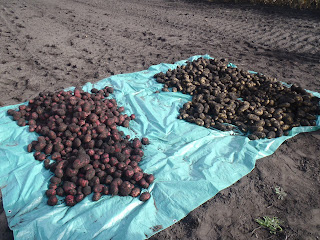 Once all the potatoes are collected, some choice round specimens are saved as seed potatoes for next year. They will be stored over the winter to grow eyes. 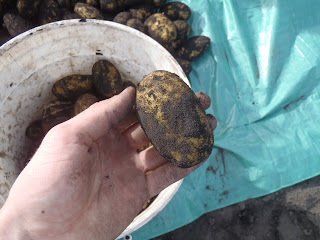 Embarrassingly, this was the first time I’d ever seen the fruit of the potato plant. Apparently they’re poisonous. 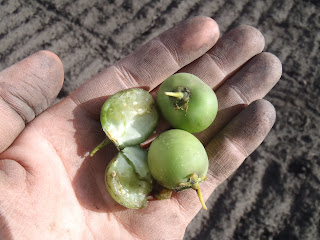 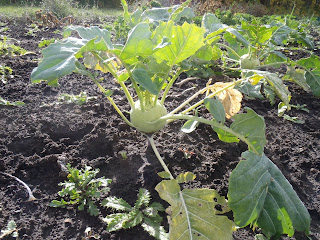 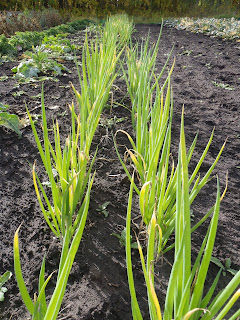 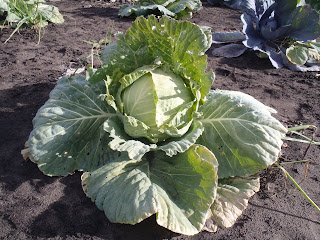 The larger, tougher cabbage leaves from around the head are piled up to be fed to the pigs. (Other porcine favourites: corn and apples. No wonder those flavour pairings work so well.) Other vegetable trim is composted. 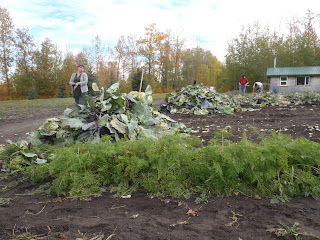 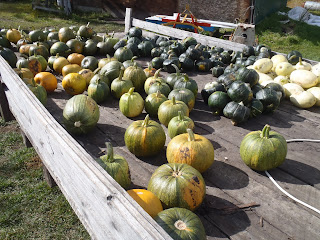 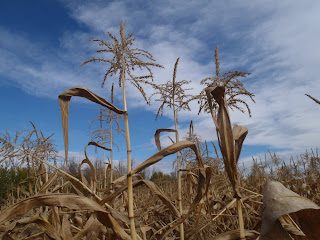 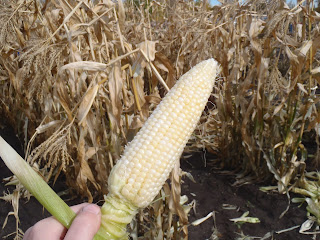 A Salamander
(Not a part of regular CSA shipments…) 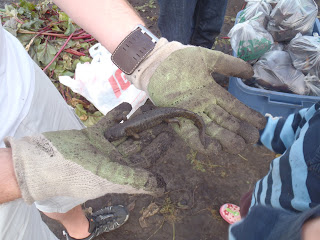 As planned earlier in the season, Lisa and I weighed every bit of produce we received so that we could compare our CSA cost to that of an equivalent amount of food from the farmers’ market and grocery store. With all our harvest in, we can now start the formal comparison. I’m going to review the numbers and post our results this weekend. 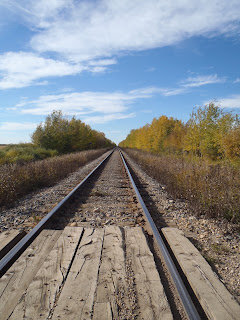